Yet another Pro Kabaddi League campaign has been ended. Bengaluru Bulls winning the title of PKL 6. It was their first PKL title. This is not just one thing which has happened for the first time in league’s history. There are many things also which has witnessed by the fans for the first time.

For the first time in the league’s history, Patna Pirates did not see in the qualifiers. After losing matches at initial stages they got a rhythm in their home leg. But this was not enough for them. Then after they consecutively lost the matches. In all past seasons, Patna was qualified for the playoffs. In season 1 they were at third place. In season 2 at the fourth place. They won the title back to back three times in PKL 3, 4 and 5. But their exit from group stage was shocking for all Kabaddi fans.

It was a historical moment for Dabang Delhi when they made it to the semifinals for the first time in league’s history. In their earlier seasons, they were hanging at the bottom of the points table. But with good strategies of their coach Krishan Kumar Hooda the leadership of Joginder Narwal Dabang Delhi team made PKL 6 even more interesting and memorable. Delhi beat Bengal Warriors in Eliminator 2 but got defeated in the hands of UP Yoddha in Eliminator 3.

3) MANJAY duo did not make it to the knockout stage

Even after Manjeet Chhillar and Ajay Thakur played together they both could not make it to the playoffs. This MANJAY duo has played 5 seasons together. In PKL 1 Bengaluru Bulls reached semifinals and were the runners-up in PKL 2. With their arrival, Puneri Paltan team who stood at bottom of the table were placed at the third position in PKL 3 and 4. In PKL 5 this pair was split as Ajay was signed by Tamil Thalaivas and Manjeet switched to Jaipur Pink Panthers. Both teams got knocked out from the group stage. In PKL 6 Tamil Thalaiva’s decline was more hurting for all fans due to this. 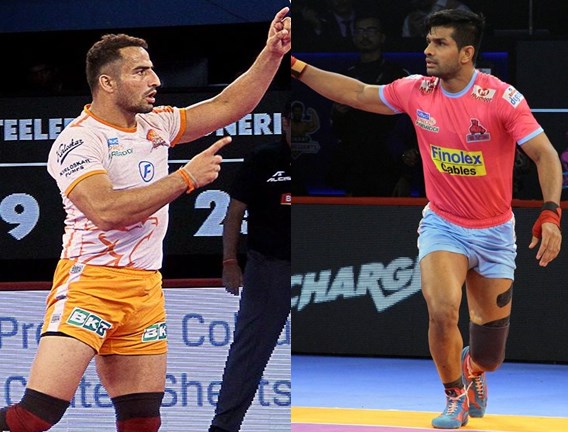