Ajay Thakur and Priyanka Negi appeal, “Say no to drugs” 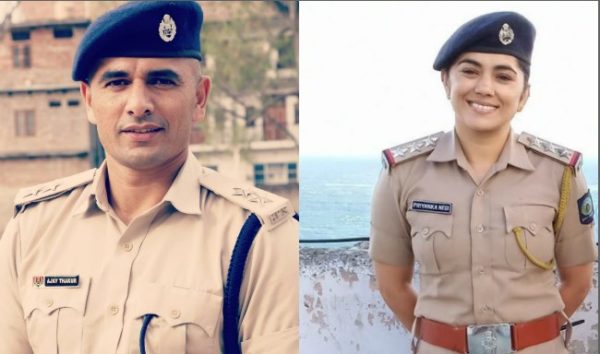 Ajay Thakur, the former captain of the Indian Kabaddi team and a leading player in the Pro Kabaddi League, is currently working as a DSP for the Himachal Pradesh Police Force. Ajay is doing his duty as DSP when Kabaddi tournaments are cancelled due to Corona. Earlier in the lockdown, Ajay had appealed to the citizens of Bilaspur to stay at home due to the corona pandemic. Now Ajay is making an appeal to the citizens of Himachal Pradesh.

Every year June 26 is celebrated as the International Day Against Drug Abuse. On the occasion, Ajay posted a special video on his Instagram handle urging the people of Himachal Pradesh to stay away from drugs. In this video, Ajay explains the importance of the anti-drug day. Currently, the youth are getting addicted to drugs on a larger scale. This includes young men as well as young women. The video also explains the side effects of drug addiction. Ajay said the Himachal Pradesh Police has launched a toll-free number and a mobile application to raise awareness. Ajay plays for the Tamil Thalaiavaj team in the Pro Kabaddi League.

Himachal Pradesh women’s kabaddi team captain Priyanka Negi has also posted a similar video on her Instagram. She appealed to the people to cooperate with the Himachal Police to stop the drug trade in the state. She also said that the youth should turn to sports and focus on improving their fitness. Priyanka had led Himachal Pradesh in the Senior National Kabaddi Championship held this year.