Aurangabad clinched the title at Under-19 State Level Kabaddi Tournament 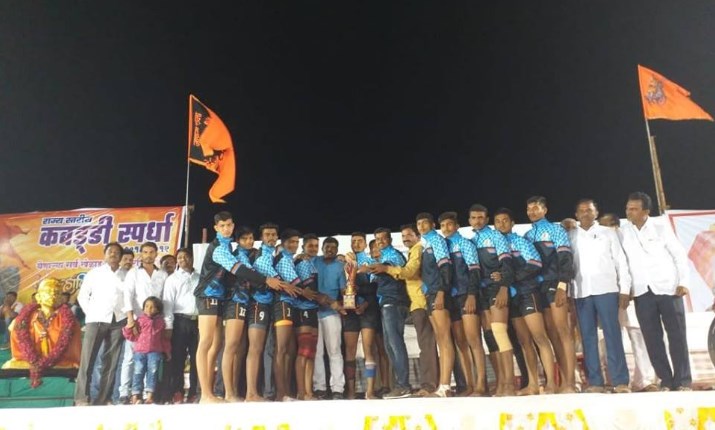 Directorate of Youth and Sports Services, Maharashtra State in association with District Sports Officer’s office and Sports Academy, Baramati was organized Under-19 State Level Kabaddi tournament for the girls and boys in Aashti, Beed. Both Aurangabad teams of boys and girls won the title here at Beed.

Talking about boys category Kolhapur Zone defeated Mumbai Zone 50-12 to enter the final. In the second semifinal, Aurangabad Zone won over Nagpur Zone 37-26 and went into the finals. After this match, Aurangabad beat 37-25 Kolhapur and won the championship. The third position belonged to Mumbai as they managed to win over Nagpur.