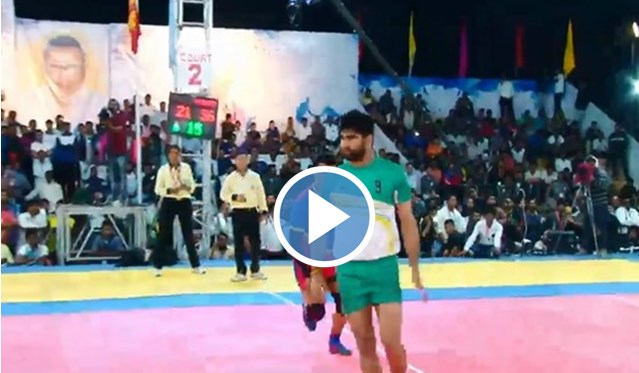 At the 33rd minute, Haryana was leading the score 36-21. Star raider Pardeep Narwal went for the raid where he was looking for an empty raid. But he did not look back. Taking the advantage of the situation Uttar Pradesh left corner defender Sachin Kumar carried him back.

The match was won by Haryana but Pardeep’s tackle also became the topic for discussion. Today Haryana will lock the horns with Services in the semi-final of Senior National Kabaddi Championship.

Before Pardeep Narwal, Indian Kabaddi Team and Tamil Thalaivas skipper Ajay Thakur also got out this way in PKL 6 against Haryana Steelers. Sandeep Narwal of Puneri Paltan also got tackled against Dabang Delhi K.C. in PKL 5.