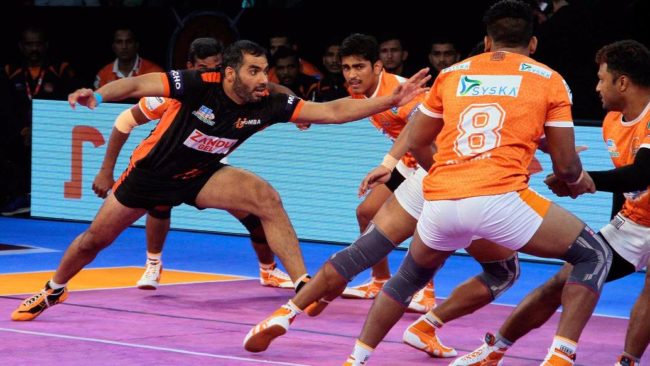 “I am too stunned to react at the moment. It will take some time to accept that this has exactly happened. But let me tell you there will be a far-reaching impact of this result and repercussions will be huge,” says Anup Kumar, who is two times Asian Games Gold Medalist told PTI.

“I don’t think that the boys were not sincere. But possibly we didn’t factor in that Iran has improved in leaps and bounds over the years. I don’t know by the time 2022 Asian Games are held, you might not see many of these current players. It is a historic defeat,” said Anup.

When he was asked about did the Ajay Thakur’s injury cost India gold, he mentioned “Ajay Thakur’s injury cost the team dearly. Ajay got a cut in the forehead and played with stitches. Ajay is a leader. When your leader is out for the maximum time, you tend to lose your way and that’s what happened. Our boys started well in the first five minutes but I was surprised that the speed and intensity lacked thereafter. Ajay’s absence did make a difference. Also, our boys committed harakiri on two Super tackles. That cost us badly,”

Anup Kumar denied blaming coach Ram Meher Singh, “The coach can only help you before the match in training sessions. Once the match starts, it’s up to the players to react to situations. In the 30 second time-outs, you can’t expect the coach to tell you everything. These are all experienced players,” he said.

Responding to a question whether difference made by Iran players as many Iranians playing Pro Kabaddi League (PKL) Anup says,”There is no doubt they have improved. What we should have done is to take our game a few notches higher. You cannot stop Iranian players from coming and playing in PKL. Stopping them is no solution. It’s just that we had to take our game at a higher level.”

Anup Kumar also mentioned here after the Kabaddi scenario is going to be tough. South Korea is also a tough team to beat as they defeated India twice in a group stage of Asian Games 2018 and Kabaddi World Cup 2016.

“Now that this incident has happened, we need to be very aware of our preparations. No international tournaments should be taken lightly. It starts with our preparation for the World Cup,” he said.

Anup Kumar has been dropped from the Indian team after 2016 Kabaddi World Cup. In that World Cup final against Iran, India made a comeback even after trailing by 8 points.