Future of Indian Kabaddi is now in safe hands 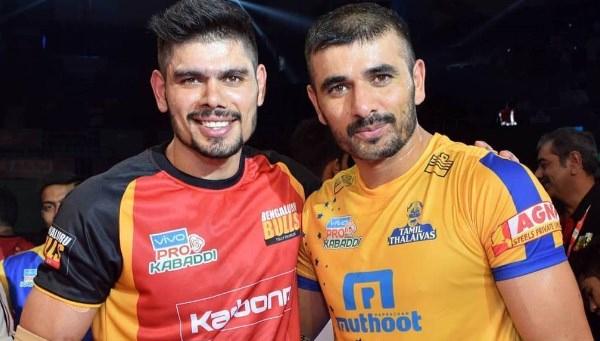 India’s dominance in the world of Kabaddi is well known. But in the last few years, countries like Iran and South Korea have pushed India’s dominance. That is why the Kabaddi Federation of India has decided to focus on shaping the future generation of Kabaddi.

As part of this, the federation has decided to implement a unique idea. The Kabaddi Federation of India recently announced the list of players for the men’s and women’s teams in the senior and junior groups. The training camp for these players is organized by the federation. The practice camp will be held online due to the situation created by Corona.

Former Indian Kabaddi captain Ajay Thakur and current captain Deepak Hooda have been appointed as coaches at the training camp. Ajay and Deepak will be coaching the two girls’ junior groups. The training camp will be held on September 24, 26, 29 and 30 between 2 to 2:40 pm. The Kabaddi Federation has taken a commendable step by providing the junior players with the opportunity to train under renowned players like Ajay and Deepak. Ajay and Deepak’s international experience will definitely benefit these players.