Get ready for a bengali film on Kabaddi 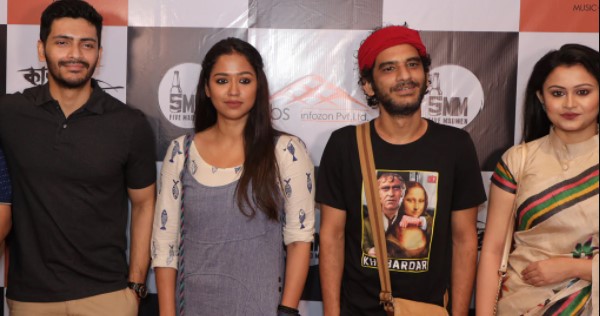 Share
Kabaddi has grown in popularity over the last few years. Earlier, Kangana Ranaut’s film Panga was released in Hindi. Southern actress Tamanna Bhatia will also be seen playing the role of a kabaddi coach in her upcoming film. Now a new film on Kabaddi is coming in Bengali too.

The name of this film is ‘Kabaddi Kabaddi’. Renowned Bengali film director Kaushik Ganguly is making the film which will star Sohini Sarkar, Ritwik Chakraborty and Arjun Chakraborty in the lead roles. Ritwik plays Milan, a primary school teacher and kabaddi coach, while Sohini plays his sister Sheema. Arjun is in the role of ‘Chanchal’, a state-level kabaddi player who is now looking forward to national competitions. In the film, Milan is Chanchal’s kabaddi coach and Chanchal falls in love with Sheema.

The film is produced by ABS INFOZON PVT. LTD. Shooting for the film is set to begin soon and the first look of the characters has just been released.