Giants ready for the last hurrah 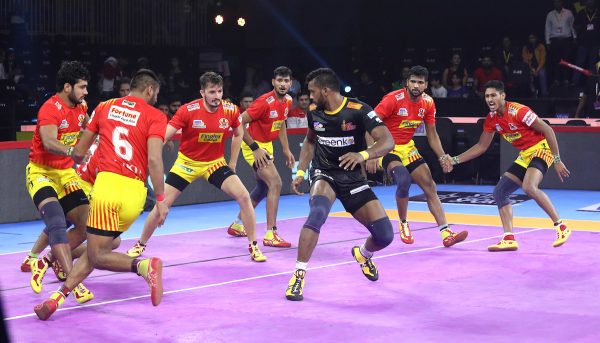 Gujarat Fortune Giants will look to finish the Pro Kabaddi League Season 7 on a high when they take on Telugu Titans in their last match at Greater Noida on Monday. Two-time finalists had a disappointing season after missing out on play-offs as well as the hat-trick of play-offs.

In absence of injured Sunil Kumar, Rohit Gulia has captained the side well. He has blossomed as a smart raider and good defender as well, this season. He is looking to live a big impression before the next season.

After a phenomenal performance in a losing cause against Patna Pirates two days ago, all-rounder GB More too expects a lot from himself against the Titans. He has displayed his all-round skills this season and will look to sign-off the season on a flying note. Easily his presence on the mat can decide the Fortunes of the match on Monday evening.

At the same time, ace defender Parvesh Bhainswal has reached a milestone of 50 tackle points this season in the last match against the Patna. In order to keep Telugu Titans and Siddharth Desai in particular silent, Parvesh shall have a major role to play.

The encounter shall be no less than a thriller contest. Giants are keen to end the unforgettable season with a win and give fans a reason to cheer about.