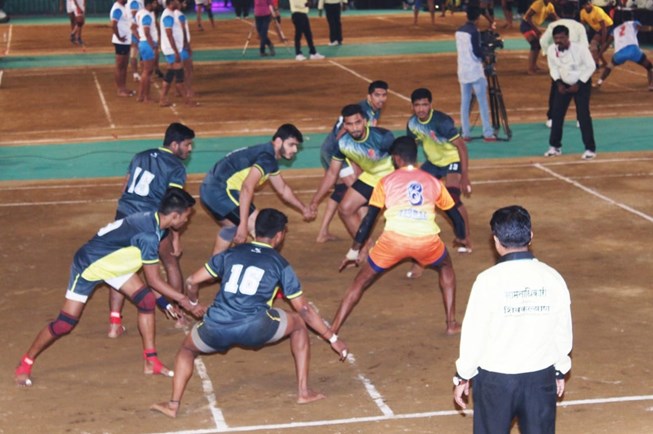 After trailing the first half 10-12, Shri Hanuman won over Satyam 29-24. Due to two losses Satyam team did not qualify for the knockout stage. From Shri Hanuman team Samir Malusare and Gaurav Bhosale played well. Rajesh Salunke of Satyam team was good.

In B group Om Kabaddi team defeated Bandya Maruti 24-22 but lost to Jay Shiv 34-27. They did not qualify for the knockout stage matches. Shiv Shankar team beat Ekta team 31-24 and ranked first in group C. The halftime score was equal to 11-11.