Maharashtra boys qualified for the semifinals; girls failed to do so 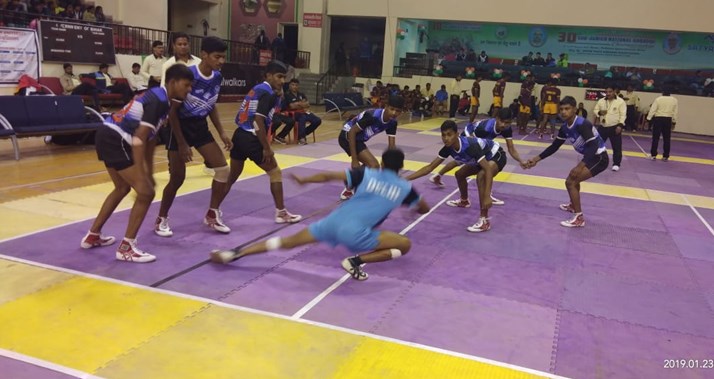 From yesterday (23rd January) knockout matches have been started here. In the quarterfinals, Maharashtra boys team thrashed Delhi 42-30. They led the first half 20-13. In the second half, the team went for attacking game. From Maharashtra Piyush Patil, Amar Singh Kashyap, and Rahul Waghmare were phenomenal.

Before this Maharashtra boys team defeated Orrisa 38-35 in a pre-quarterfinal match. It was a neck to neck battle between these two teams. The halftime score was equal to 16-16. But with the courtesy of Rahul Waghmare and Piyush Patil Maharashtra team was successful in making it to the quarterfinals. In the last league match they won over Rajasthan. 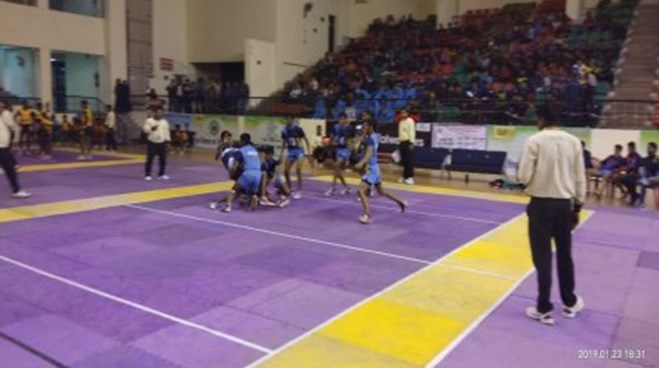 Meanwhile, Maharashtra girls team’s journey got ended here. They lost to Uttar Pradesh in pre-quarterfinals as 25-28. In the half time, they were trailed 09-16. They made a comeback but it was not enough for them as they lost the match.  The defence did not work for them. As well as raiders also did not contribute.