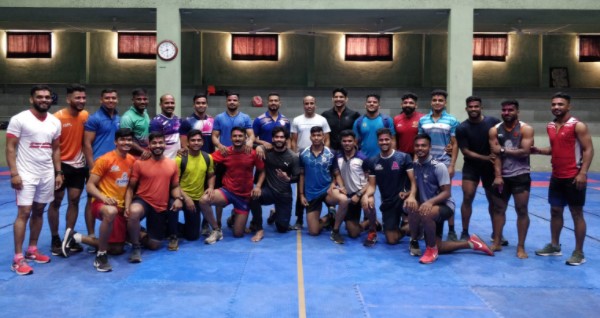 In the last 48 hours, Maharashtra’s Kabaddi world has been buzzing with the issue of corona tests of players, but now more new information is coming forward. The three players who tested positive for the Corona Test were not selected for the squad. In addition, the entire team will now have to face three more corona tests.

A corona test of all these players is expected to take place today. The second test will be held on April 12 at the airport. The third test will be conducted by the competition organizers at the venue. This process will have to be carried out as the Amateur Kabaddi Federation of India has made the last 72 hours of corona test report mandatory.

Earlier, a 12-member squad was announced yesterday, excluding three players – Ruturaj Koravi, Sanket Sawant and Vikas Kale – after their corona test report was positive. The team was also registered yesterday. As these three players are defenders, the big question for Kabaddi fans is who will be in charge of Maharashtra’s defense.