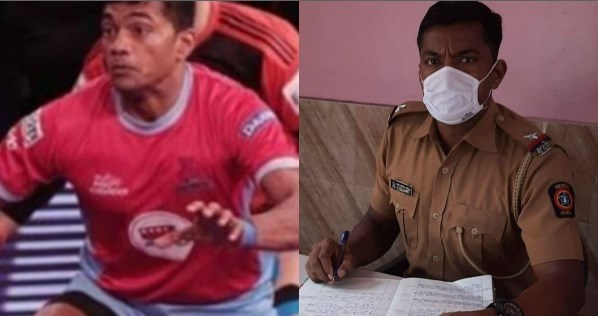 A serious situation has arisen all over the country due to corona pandemic. The number of cases in Maharashtra is also increasing. In this crisis situation, government agencies are facing it with great courage. Mumbai Police is doing particularly well. Former Maharashtra Kabaddi player Anil Patil, who is currently in the Maharashtra Police Service, is also involved.

Patil, who is an assistant sub-inspector in Dadar, has been working to seal the buildings since the beginning of the pandemic. Giving more information about this, Patil said,

“Since the beginning of Corona Pandemic, I have been entrusted with the responsibility of sealing buildings where positive cases are found. I have been working in Dadar, Byculla, Nagpada, Agripada. I have also been working on road safety during the lockdown.”

Anil Patil had won a gold medal in the Senior National Kabaddi Championship while playing for the Maharashtra Kabaddi team. In the third season of the Pro Kabaddi League, he played for the Jaipur Pink Panthers. He has also won a gold medal in All India Police Tournament.

Anil Patil’s performance has been hailed by Pro Kabaddi League team U Mumba as U Mumba hero.