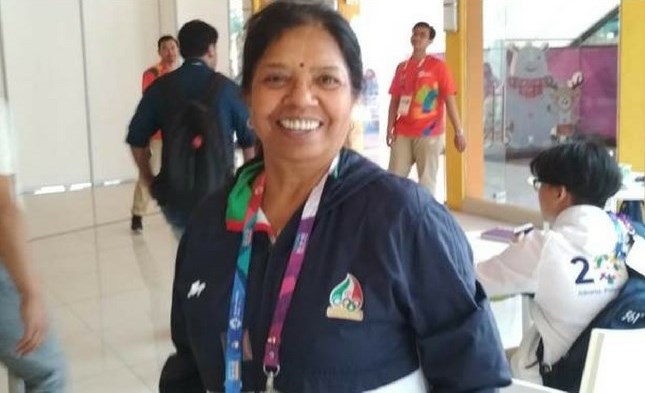 Kabaddi is now becoming a global sport, not just limiting its presence in India but has made it to all the parts of the globe. Recently, Iran Men’s and Women’s Kabaddi Team won the Gold medal in the Asian Games 2018.

It’s a revolution that has taken place in World Kabaddi. Though the Indian team’s supremacy has come to an end we can say that Kabaddi is on a growing spree like never before.

Iran Women’s Kabaddi Team coach Mrs. Shailaja Jain, an Indian was the talk of the town behind Iran’s scintillating performance against Indian team in the final of Asian Games 2018 where Iran clinched Gold by beating India 27-24.

On 2nd February Mrs. Shailaja Jain will be honored with ‘Symbiosis Krida Bhushan Award’ at Symbiosis Sports Centre at 4 pm. MP Anil Shirole will give the award consist of Cash Reward Rs. 21,000, momento and honor.

Since 2001 this award has been given to those personalities who have given immense contribution in the sports industry but still got ignored. This award is given to recognize the performance of these personalities.