Once criticised for wearing shorts, now there is no limit to appreciation 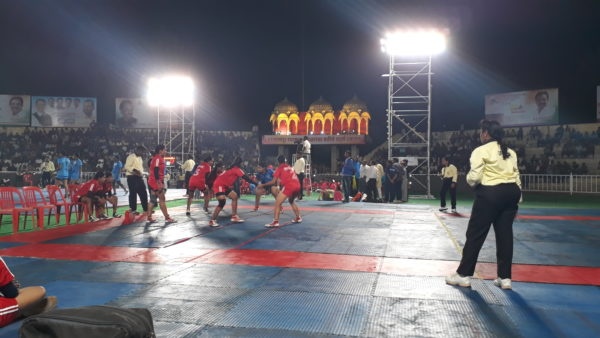 It so happened that in 2018, there was a summer camp in Kurwai. Some of the students from Barual village attended the camp. The camp inspired them to play kabaddi. On their return, the girls approached their teacher Ram Manohar Singh Rajput to play kabaddi. It was not possible to have a mat to play kabaddi in the village. The girls started playing kabaddi on the soil. Gradually, the performance of these girls started getting better at the taluka and district level. Seeing their performance, the District Sports and Youth Welfare Department provided them with a mat for training. Practising on this mat, the girls also started making their mark in state level competitions.

The performance of these girls should be noticed from the fact that three out of seven players in the Madhya Pradesh team in the National Under-19 Kabaddi Championship were from Barual village. Since 2018, the girls of this village have won more than 60 cups in various competitions at taluka, district and state level. These girls practice for two hours every day. The practice time during competitions is four hours.

There was a time when people in the village used to criticise these girls who were playing kabaddi wearing shorts. Kabaddi is not meant for girls they used to tell. The girls’ families also had a hard time due to this. But once they started winning, the same villagers now shower the girls in appreciation, sending their daughters to play kabaddi too. Not only that, the boys in the village are told to do something like the girls.