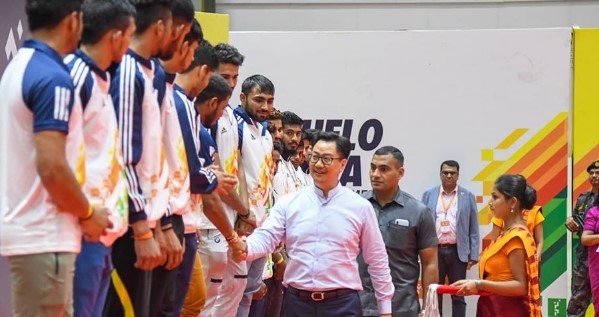 Share
The inclusion of kabaddi in the Olympics is India’s ultimate goal, Union Sports Minister Kiren Rijiju said on Monday. “The kabaddi’s popularity is not limited to India or Asia but extends to the whole world.” he said.
He was speaking at a webinar on sports organized by the Sports Authority of India. A total of more than 700 kabaddi coaches from India, Korea, Malaysia and other countries participated in the webinar.
Related Posts

May 19, 2022
“Kabaddi has already been included in the Asian Games. Now India and other Asian countries need to come together and work together to take kabaddi to the Olympics. That is our ultimate goal.
To achieve this goal, the level of Kabaddi in India needs to be improved. We also need to focus on how to promote kabaddi in India and other parts of the world. “
Explaining the importance of webinars, Rijiju said, “I am confident we will win over Corona and return to the field soon. However, in the current situation, the emphasis should be on using techniques like webinars effectively.”
Share WhatsAppFacebookTwitterTelegram
You might also like More from author
NEWS