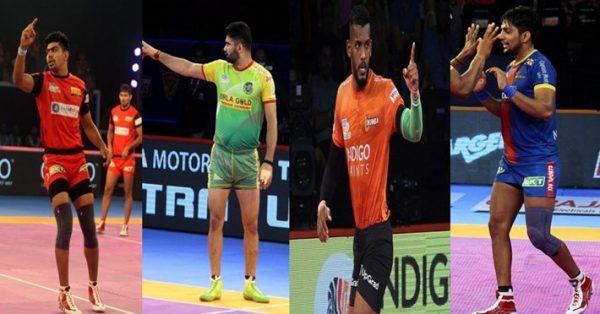 Pro Kabaddi League Season 6 has been wrapped up on Saturday (5th January). Bengaluru Bulls lifted PKL 6 trophy for the first time in their league history. The season saw many players showcased their spark in terms of raiding and defence. Some of the experienced players continued their show while some youngsters delivered great performances.

PKL season 6’s Prestigious awards were given to the players. Bengaluru Bull’s Pawan Kumar Sehrawat won the ‘Most Valuable Player of the Tournament’ award. Pawan was phenomenal for the Bulls throughout the tournament. It was his courtesy that Bulls won the trophy even after trailing in the Final match.

For his raiding heroics in the season, Patna Pirates captain Pardeep Narwal is awarded with ‘Perfect Raider of the Tournament’. UP Yoddha’s Nitesh Kumar who created history by picking most 100 tackle points in a season bag ‘Defender of the Season’. U Mumba’s raiding sensation Siddharth Desai won ‘Debutant of the Season’ award.

Most Valuable Player of the Tournament :

Defender of the Tournament :

Perfect Raider of the Tournament :

Debutant of the Season :