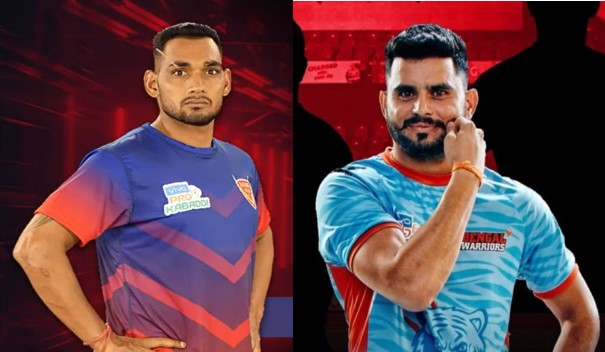 In above chart, we can see that Ravinder played 23 matches for his team Dabang Delhi. He started his PKL journey from for the same team from season 1 and played total 5 seasons for them. Later he played 1 season each for Puneri Paltan and Bengaluru Bulls. In last season, he scored 63 successful tackles, 63 tackle points, 0 super tackles, 3 high 5s with an average tackle point of 2.74. Surprisingly, without a single super tackle he managed to stay in top 10 defenders of the season. Last season, he reached a milestone of 300+ tackles points in his PKL career and became the only 2nd defender to do it after Fazel Atrachali. Also, he became 2nd most successful defender of PKL.

From the above chart, Baldev played all the matches for his team Bengal Warriors. He made his debut in PKL 6 for Bengal Warriors and played 18 matches in which he scored around 27 tackle points. It was a decent performance for a debutant, thus Bengal Warriors decided to retain him for PKL 7. His contribution was top notch in PKL 7 which helped his team to win their 1st ever PKL title. In last season, he scored 61 successful tackles, 66 tackle points, 5 super tackles, 6 high 5s with an average tackle point of 2.75. His role into the team is of right corner and his signature move is called as Back hold which means a defender executes it when the raider is focused on the opposite corner by sneaking up behind him.