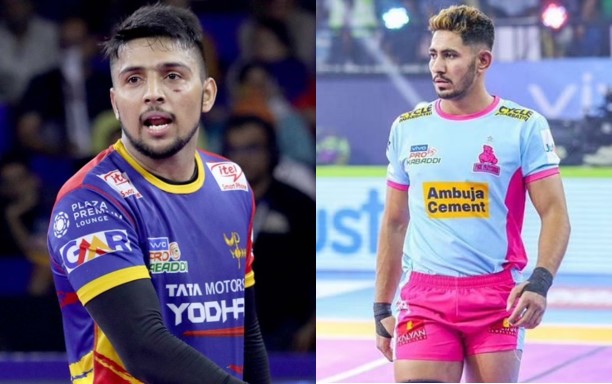 Kabaddi is the game of lot of events occurring in the single raid of 30 secs. Thus, plenty of information gets generated from the one match of 40 minutes. Due to this information, teams and players get extraordinary insights which helps them to improve their game. In this article we will have a look at previous season’s top performers in terms of Average Raid and Tackle Points.

This graph is called as ‘Funnel Chart’ and it is used to visualize the progressive reduction of data as it passes from one stage to another. From the above information, it is observed that Pawan Sehrawat (14.42), Pardeep Narwal (13.73) and Naveen Kumar (13.09) were the top performers in the last season. Average raid points are the measure used to determine the raid points scored by a player in one match. Maninder Singh (10.25), Siddharth Desai (9.86) and Vikas Kandola (9.5) average raid points were few of the decent performers too. Also, quite below par performers were noticed such as Deepak Hooda (7.3) and Shrikant Jadhav (6.73) average raid points.

Average tackle point is the parameter used to calculate the tackle points scored by a player in one match. According to above chart, it can be seen that Sumit (3.5), Fazel Atrachali (3.42), Sandeep Dhull (3.32), Nitesh Kumar (3.26) and Vishal Bharadwaj (3.26) were the most consistent performers for their respective teams in the last season. However, Surjeet Singh (3), Vishal (2.94) and Mahender Singh (2.9) average tackle points were some of the decent players as well. All these players were the major source of earning points in terms of the defense department for their respective teams