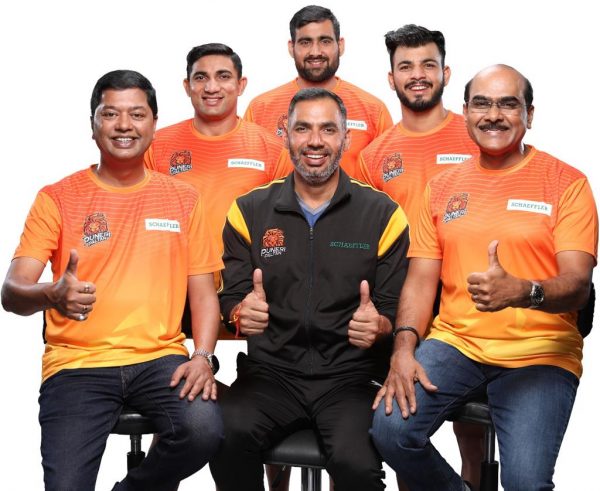 Leading industrial and automotive supplier Schaeffler India Limited (BSE: 505790, NSE: SCHAEFFLER) has signed a sponsorship deal with the Pro Kabaddi League team, Puneri Paltan, to be the Associate Sponsor of the team for season 8. Under the sponsorship, Schaeffler will appear as the “Powered By” partner for the Puneri Paltan team across various platforms; and the company logo will be visible on the back of the official team jersey.

Commenting on the partnership, Mr. Harsha Kadam, CEO and MD, President (Industrial Business), Schaeffler India, said, “Kabaddi as a sport symbolizes the relentless pursuit of winning despite multiple obstacles. Team Puneri Paltan also embodies the values of resilience, agility & passion, just like Schaeffler, to perform at the highest level. We are excited to support such a vibrant team and are looking forward to an exciting season of Pro Kabaddi League.”

Mr. Debasish Satpathy, President, Automotive Aftermarket, Schaeffler India added, “We are elated to power the Puneri Paltan for the 8th season of Pro Kabaddi League. The team has a rich history and a loyal fanbase, with a high mass appeal, being a popular sport in India. We believe this will help us drive higher brand resonance with our target audiences as well as promote this wonderful sport!”

Mr. Kailash Kandpal, CEO, Puneri Paltan said, “Globally Schaeffler has been partnering with motorsport teams and I am glad that in India they have decided to partner with Puneri Paltan for the upcoming Pro Kabaddi Season 8. Being a team sponsor gives them a pathway to Kabaddi, a homegrown rustic sport. Kabaddi is a game of mobility, speed, and strength which is in line with Schaeffler’s product offerings in the Indian market.”

As a part of the association, Schaeffler India will also be promoting various automotive products featuring the players and coach of the Puneri Paltan team. As the league progresses, association communication will appear not only on social media but also on OOH, print, merchandise, and on-ground promotions. Additionally, on-ground activations are also planned at various automotive retail counters and garages to promote and amplify this association.

Under skipper Nitin Tomar’s leadership and coaching of Anup Kumar Puneri Paltan will play their first match against Dabang Delhi KC in season 8.