Sonali Helvi, Maharashtra’s kabaddi skipper was born to be a leader 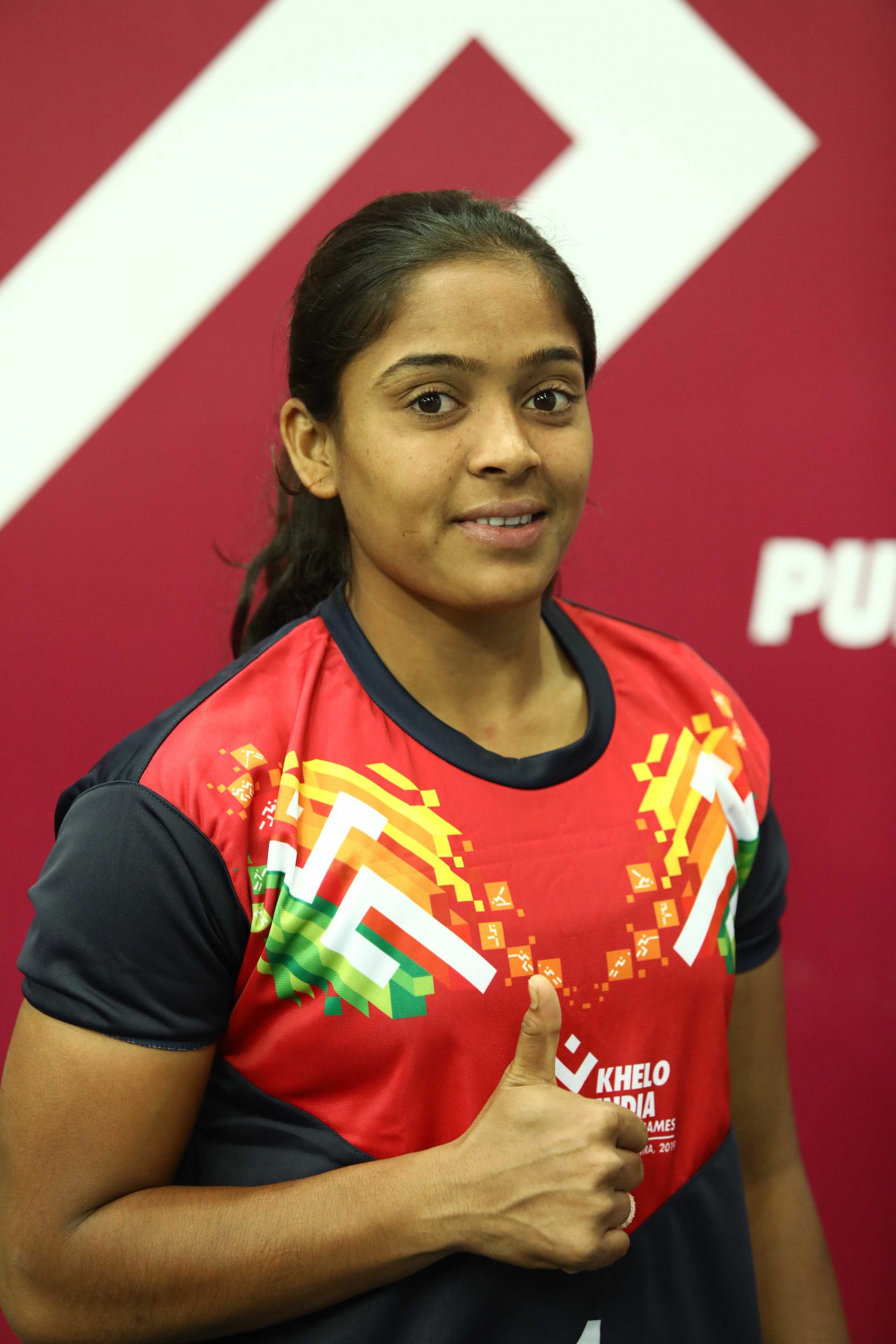 Pune, January 17: Maharashtra kabaddi team skipper Sonali Helvi has been turning eyeballs, literally! As if she was born to be leader, the petite 19-year-old’s aggressive demeanour on-court has been a teat to watch and a talking point among many a spectator.

Her zeal has been the hallmark of the Under-21 state side faring well at the Khelo India Youth Games 2019.

A darling of the crowd, Sonali’s style of play has been a crowd puller. The teenager’s urgency to get on has often led to coach Lata Bhagat-Panchal repeatedly calm her down and treat every raid as the first.

Sonali’s rebellious attitude is not only restricted to sport. Even off court, she is known for her dabang (authoritarian) attitude. Her teammates in unison explain; “Sonali is bold and executes deep raids repeatedly during matches with confidence. Above all she is always willing to push her limit. She also has a good grip.”

The well-built youngster, like many in the country, is talent that stems from rural areas. Hailing from Satara, Sonali’s story is the typical breakaway-from-parent-wishes type.

“I lost my father at an early age. My mother and elder brother raised me and due to our humble background, my mother insisted that I should study hard and get a decent job. But my liking was sports and was never into studies,” she explained.

Beginning sport as an athlete, Sonali’s mother and brother opposed her when she started participating in tournaments. Undeterred by the constant “no,” Sonali held back for a while, but soon the itch in her turned her interest to kho-kho. However, once again her mother disapproved her decision. Sonali then hatched a plan and decided not to tell anyone at home when she began pursuing kabaddi.

She adds, “I played my first Junior National when I was in eigth grade and struck gold. It was then that I told my mother that I have been playing kabaddi. My family is kind of orthodox and we live in a rural area, so my mother was anxious that the community would critise  me for playing a sport wearing shorts. But when she came to know, I received praise for my performance, and she finally gave permission to continue,” Sonali said.

Sonali trains in Shivaji Uday Mandal in Satara and has represented Maharashtra in ten national tournaments so far. She has been the skipper of the state team since 2008 (at various levels) and aims to get a place in the Indian team.

“Every day I try to balance between my education, work and training. I don’t have time for specialised training and my diet is simple roti-sabji (vegetable). I am quite particular about my fitness and fortunately I haven’t suffered any major injury in the last 10 years, even when I play on mud grounds in my village,” she said.

Maharashtra coach Lata Bhagat-Panchal was also all praise for her. She said, “Sonali has tremendous energy and is a hardworking player. I am impressed with her talent. She is open to changes and if she continues like this, she has a bright future ahead.”

Sonali’s grit and gumption has certainly borne fruit and a reason to look forward to a name that does Maharashtra proud.