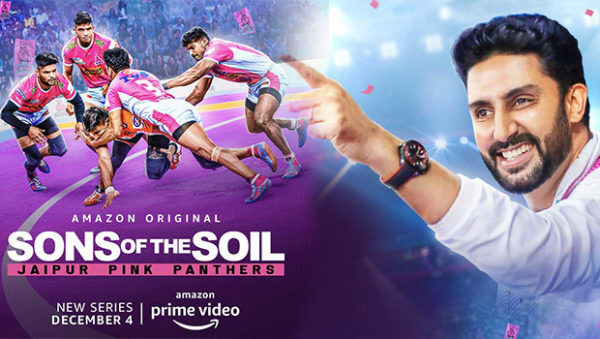 The eagerly awaited documentary ‘Sons of the Soil’ was recently aired on Amazon Prime. The documentary is about the journey of Jaipur Pink Panthers, a team in the Pro Kabaddi League. The trailer of this documentary had raised the curiosity of kabaddi fans even before its release.

After the release of the documentary, the players of the team posted about it on their social media and appealed to their fans to watch the documentary. Now, however, the documentary has come under discussion for a different reason. The administration of the famous Hawa Mahal in the city of Jaipur has expressed its support for this documentary in a special way. Sons of the Soil was also included in the daily electric lighting at Hawa Mahal today. The name seemed to stand out in the pink light. In a way, the Hawa Mahal administration
paid homage to the Jaipur Pink Panthers.

From the city that redefines pink to the journey of the Panthers – Hawa Mahal pays a tribute. #SonsOfTheSoil 💖 pic.twitter.com/2n1kIlyv0a

These photos are shared from Amazon Prime’s Twitter handle. Jaipur team owner Abhishek Bachchan tweeted, “This is so cool.” about it.