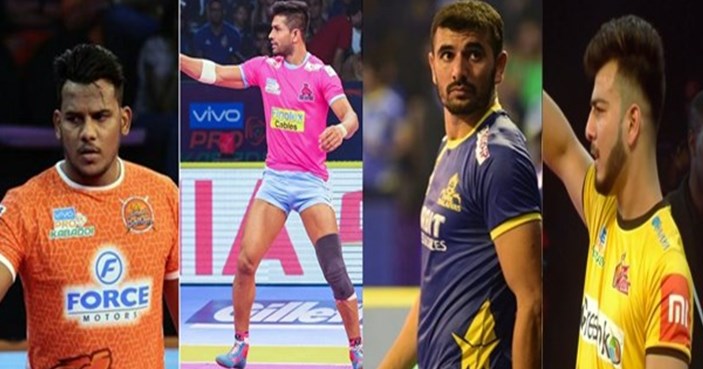 Pro Kabaddi League is the second most popular league of India, after Indian Premier League (IPL). Since its inception, the league has received a tremendous response by the audience. The season 6 is currently underway in Mumbai. After 132 league matches and 5 playoff matches, the season 6 will get a new winner on tomorrow (5th January). It will be either Bengaluru Bulls or Gujarat Fortunegiants. This PKL 6 is turned out to be a fascinated one in many ways like records, fans engagement, their support, new stars which are emerged from the league.

For the playoffs, U Mumba, Gujarat Fortunegiants and Dabang Delhi K.C. were booked their spot from Zone A. From Zone B Bengaluru Bulls, Bengal Warriors and UP Yoddha were made it to the playoffs. The teams like Dabang Delhi K.C., U Mumba, UP Yoddha who were counted as weak played extremely well. On the other hand teams like Puneri Paltan, Jaipur Pink Panthers, Tamil Thalaivas and Telugu Titans disappointed their fans with their performance.

Puneri Paltan started their campaign with a winning momentum. When you have a raiding attack consist of one of the most expensive players of PKL 6 Nitin Tomar and defense of Sandeep Narwal, Ravi Kumar, Rinku Narwal led by skipper Girish Ernak what else any team wants? But as the league progressed Puneri’s performance went on the decline. One of the main reasons for this decline is the absence of their primary raider Nitin Tomar.

After Patna leg, Nitin Tomar missed almost all the matches of Puneri Paltan due to his injury. Their secondary raiders were not given that much impressive performances and this put up excessive pressure on their defence which later gone shaky. Girish Ernak had an average campaign as he was successful in scoring more than 50 tackle points. And all this together cost Puneri Paltan spot in the playoffs. In the group stage, Puneri Paltan won 8 matches, lost 12 and 2 matches were drawn.

Lack of team effort and individual dominance were the primary reasons behind Jaipur Pink Panther’s declining in PKL 6. Most successful captain of Pro Kabaddi Anup Kumar was brought into the team of Jaipur. It was not expected from him to go for the raid points but to build Jaipur as a unit. That team building never happened due to no contribution from the players. In the middle of the Jaipur’s home matches at Panchkula, their skipper Anup Kumar got retired from all formats of Kabaddi.

When more than half of the league got over Deepak Niwas Hooda who is one of the most expensive players of PKL history was appointed as a captain. He brought them the results but the time was gone away. Deepak Hooda is the sixth highest raid points scorer. Sandeep Dhull is at the fifth in the tackle points list. Jaipur Pink Panthers had 6 wins, 13 losses and 3 draws to their name in the group stage.

Tamil Thalaivas was the only team who had most numbers of players which have played minimum one Asian Games. Compared to other PKL players Skipper Ajay Thakur, Manjeet Chhillar, Jasvir Singh and Surjeet Singh are the experienced campaigners. Tamil Thalaivas started a season with a bang. But it was a big blow for them as they lost 4 out of 5 matches in their home leg. After this, they never rise up with this setback.

Both offence and defence did not look stable in the whole season. In raiding skipper Ajay Thakur led from the front. He ranks fifth in the raider’s chart of PKL 6. But never got support from Sukesh Hegde, Jasvir Singh Surjeet Singh, and Athul MS. In defence Manjeet Chhillar and Amit Hooda were good. Both are in top 20 defenders list of PKL 6. But other defenders did not contribute to the team. Tamil Thalaivas won 5 matches, lost 13 matches and drawn 4 matches.

When you look at the past campaigns of Telugu Titans defence was their major concern. It was solved by bringing Iranian Abozar Mohajermighani who is one of the best right corners in the business into their squad. But in their second consecutive PKL season, Telugu Titans did not qualified for the playoffs. Rahul Chaudhari who got one of the highest bid at the auctions played well but not up to what was expected from him.

In addition to this, he did not get support from Telugu’s secondary raider Nilesh Salunke who was completely out of form in the whole campaign. The defence of Telugu Titans was rock solid with Vishal Bhardwaj on the left corner and Abozar Mohajermighani on the right corner. These players individually gave their performance. Cover defenders also were off the colors. But Telugu never played as a team. Telugu Titans have 8 wins, 13 losses and 1 draw to their name in the group stage.

All in all, we can say that when you look at the performances these teams Pro Kabaddi League season 6 is turned out to be the most unpredictable one.