These teams can become the five thousand club members 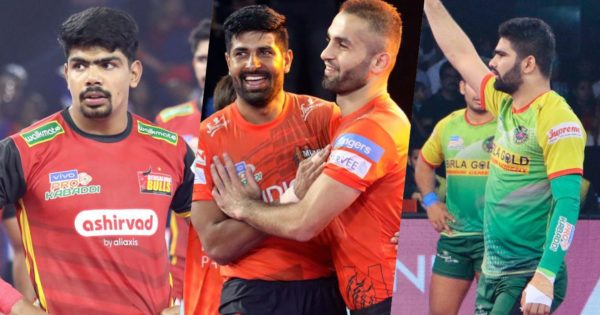 Share
To date, seven seasons of the Pro Kabaddi League have passed. If you look at the statistics of these seven seasons, only four teams have reached the mark of 4000 points. All eyes will be on which team will reach the 5,000 point mark in the coming season of Pro Kabaddi. Given the current situation, the following three teams have the chance to get this honour.

2. U Mumba – U Mumba should be named as a team that has been performing consistently since the first season of the Pro Kabaddi League. The team has reached the semi-finals four times to date and also won the second season of Pro Kabaddi. So far, U Mumba have scored 4288 points and need 712 points to reach the 5,000 mark. The team has scored over 700 points in the last three consecutive seasons. Despite the good performance of U Mumba, it is doubtful that they will be the first team to get this honour. Even if the Patna Pirates perform poorly, it seems difficult for U Mumba to get the honour ahead of them at the moment.

3. Bengaluru Bulls – The Bengaluru Bulls have made a good impression in the last few seasons. The team also won his sixth season. So far, the team has scored 4172 points and needs 828 points to reach the 5,000 mark. In the sixth and seventh seasons, the team scored 887 and 868 points respectively. If the team’s performance graph remains the same, this team can reach the stage of 5000 points.