Third one for Pardeep, Pawan’s Hattrick or someone else?

Third one for Pardeep, Pawan's Hattrick or someone else? 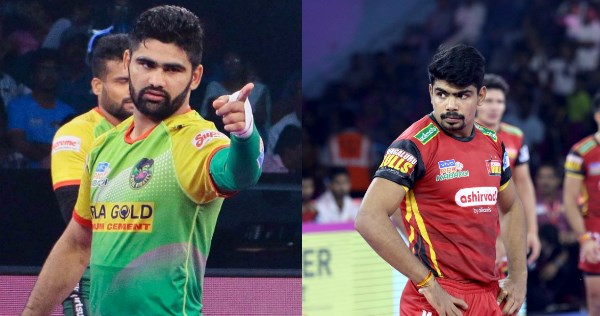 Share
The Pro Kabaddi League has gone through seven seasons to date. Different records were set in each season and the old ones were broken. One of these records is often discussed i.e ‘Raider to score the most raid points in a season’.
Related Posts

Jan 20, 2022
Looking at the statistics of the seven seasons so far, the players who get the most raid points in each season are as follows.

Pardeep and Pawan, popularly known as record-breaker and highflyer, have both scored the most raid points in two seasons each. So now everyone will be watching whether Pardeep creates his magic for the third time or Pawan manages to outscore to claim hattrick of the record.