This is how u Mumba spent their quarentine period 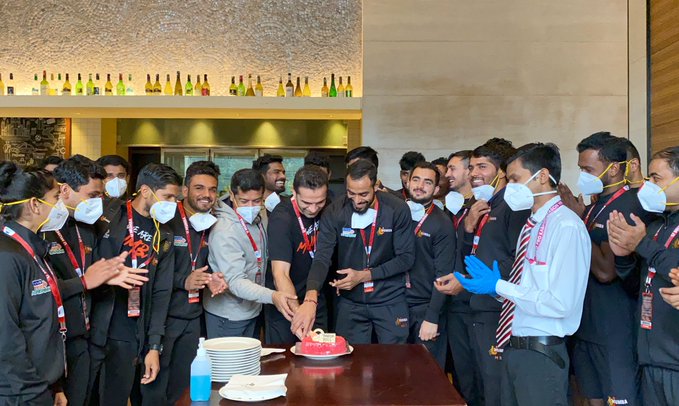 Corona Virus pandemic had stopped the entire world. But slowly things are coming back to normal. India’s second most favorite league Pro Kabaddi League was not held in the last year. Now when the year 2021 is ending the sports league will take place from 22nd December.

Each and every team and its players had to go through mandatory quarantine period where they were isolated from each other for 7 days. After 7 days quarantine period, the tests were done and finally the teams can practice on the Kabaddi mat now.

Before the isolation was over a video was shot by U Mumba where their coaches told about how and why it is a difficult task. Coach Rajguru S. said that the gym facility, mat was not available for the players in quarantine period. There were online classes for the players by fitness coaches.

Anil Chaprana added that none of the coach wants seven days gap in practice when the tournament is nearby as it affects players’ fitness. We arranged online fitness sessions for them two times a day. So that their fitness level does not get affected.

U Mumba had a celebration by cake cutting after the quarantine period was over. Now they can practice as a team. Under the captainship of Fazel Atrachali, U Mumba will play against Bengaluru Bulls on PKL opening day.