Under-17 School State Kabaddi Tournament to commence today at Parbhani 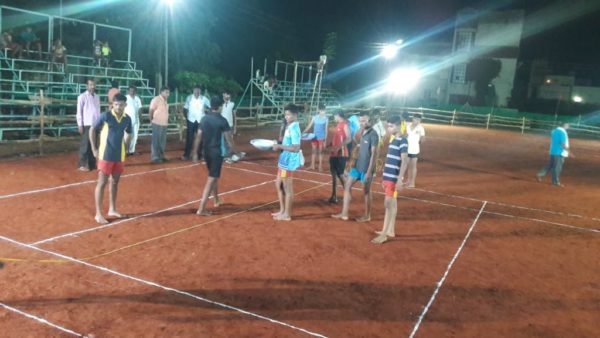 Youth and Sports Ministry, Maharashtra State in association with District Sports Officer’s office are organizing a State Level Kabaddi tournament in Parbhani for the school boys and girls age of 17 years.

The tournament will be inaugurated by Ujjwala Rathore, president of Zila Parishad at 5 pm. MP Sanjay Jadhav will be the chief of the event on the occasion. Also, other honorable guests will be present for the inauguration program.

How many teams will take part?

One team each from girls and boys will take part from 8 zones which are – Mumbai, Pune, Amravati, Nagpur, Nashik, Latur, Aurangabad, and Kolhapur. 16 teams from 8 zones will be taking part in the tournament.

The tournament will be held from Friday 19th September 21st September. Matches will be played in two schedules, in the morning and evening.

On the last day of the tournament selection trails will be held. Girls and boys teams of 17 years will be selected. These teams will represent Maharashtra at National School Kabaddi Tournaments.