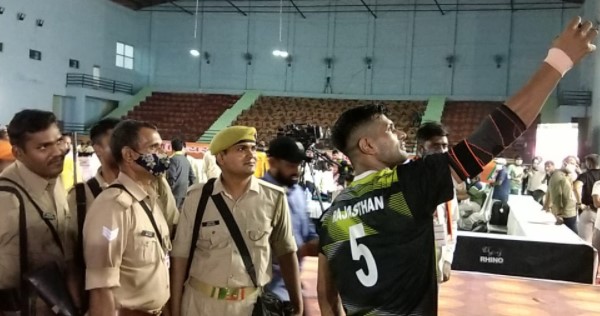 The 68th National Kabaddi Championship started in Ayodhya yesterday. Many pro kabaddi players have participated in this tournament. Pro Kabaddi has a given lot of popularity to these players. This is exactly what happened at the competition venue today.

The first match of the tournament was between Uttar Pradesh and Assam. After the match, some spectators requested Uttar Pradesh captain and pro kabaddi showman Rahul Chaudhary to take a selfie. Rahul also took as many photos as they wanted without getting annoyed.

In a second incident, after the match, the Rajasthan players left the court. Meanwhile, Indian kabaddi team captain Deepak Hooda was asked by some local police to take a selfie. Deepak took their phone in his hand and took a selfie with them.

Kabaddi has been gaining popularity in the last few years. The number of fans of the players is increasing. Kabaddi players seem to get as much or more love as cricketers get. This is evident from the example of Deepak and Rahul.