Within a year of hearing the word Kabaddi, he played the World Cup 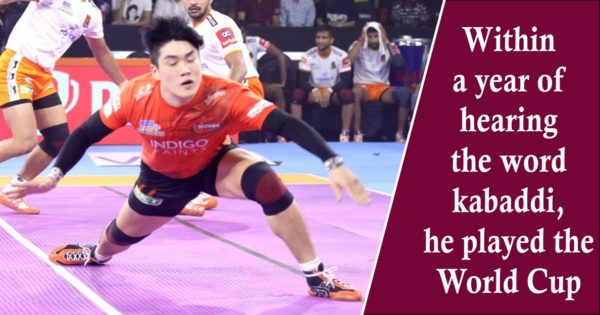 Every player who chooses a game as a career has a desire to perform at his best. Kabaddi players, they want to play Kabaddi World Cup for their country. Today we are going to tell you the story of a player who played the Kabaddi World Cup for his country in just one year when he first heard the word Kabaddi. That player is Dong Geon Lee of South Korea.

Dong once spoke about what exactly this. Jang Kun Lee, another Korean player in pro kabaddi, is now known to many kabaddi fans. Dong and Jang used to study at the same university. One day Jang saw Dong and said,

“Do you know anything about the game of Kabaddi?”

“Of course I said no. Upon hearing this, Jang suggested to me that I should play kabaddi. He told me that my height and strong physique would help me in playing kabaddi. I consider Jang as my kabaddi guru.”