The team that managed this won the PKL title 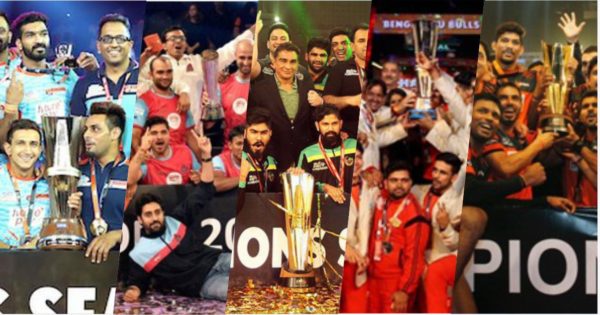 One thing comes to mind when you look at the finals of the Pro Kabaddi League. The team that leads at half time in the final round goes ahead and wins the final match. In five of the seven finals of the Pro Kabaddi League to date, the team leading at the halftime has emerged victorious. The only exceptions to this are the sixth and seventh seasons. Gujarat Fortune Giants led 16-9 in the final of the sixth season. However, in the second half, Bangalore Bulls beat Gujarat 38-33. In the final match of the seventh season, both the teams were tied 17-17 at half time. In the end, Bengal Warriors defeated Dabang Delhi 39-34. In the other five finals, the team leading at the end of the first half won the title.

The eighth season of Pro Kabaddi, which will take place this year, has been postponed due to Corona. Although some channels have reported that the Pro Kabaddi League will be held in November, no official announcement has been made yet.